On the Rehearsal at the Lysses 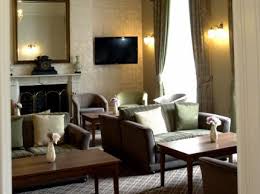 I was late, exhausted, and my feet hurt, but John Jones bid me welcome when I found the private bar at the Lysses, filled with other ramblers.  I folded myself up on the floor against the back

wall, exchanged smiles with some of the others.  We’d put in 17 miles that day, starting at The Shoe Pub in Exton, circling up onto Old Winchester Hill, down to The Izaak Walton Pub in East Meon, around and up to Beacon Hill before dropping back down for a pint at The Shoe.  We’ll have a bit of a session-rehearsal tonight at the hotel, John told us.  I didn’t think I could make it, but I sure as hell didn’t think I could miss it.

I have John’s solo CD, Rising Road.  I had been on one day of the White Horses Walk two summers previously.  I had seen the Reluctant Ramblers do a show at the Nettlebed Folk Club.  Yet somehow, I had never really thought about how those songs and that show came together–a really strange observation from a person who has played in bands and performed in plays off and on for years.  Of course I know about rehearsals.  But on that Wednesday night in the private bar in the Lysses Hotel, I sat in on the one for the Ramblers’ opening show at the Wickham Festival the next day.  John, Rowan Godel, Boff Whalley, Al Scott, Lindsey Oliver, Tim Cotterell:  they sat on couches, perched on stools or comfy chairs before the fireplace; the rest of us jammed into the small room as best we could while they constructed–and deconstructed–their performance for the next day.

Rowan, but not at the Lysses.

It was brilliant.  A snatch of song, then discussion.  Should Al play guitar, or Boff?  Lindsey:  bowing, or plucking?  A run-through of a single line, harmonized by John and Rowan:  should she let her voice fall sharply on the final word of the phrasing?  In that instance, they tried it both ways without coming to a complete decision, before John turned to long-time producer Al and asked what do you think?  No, Al said.  And there was no falling from that note.  It was interesting that Al did not explain, nor did they ask him to; his judgment was enough.

Some songs they sang in full, including the beautiful “Black and White Bird,” a song John claimed was inspired by a woman of his acquaintance finding a bird in a burlap sack in the stables where her horse was kept–because this is Wales, and that’s what they do.  Rowan’s solo contribution to the show

Lindsey Oliver, from her website. (I wish she had a picture of her playing in bare feet.)

was to be “Raggle-Taggle Gypsy;” she sang it all the way through, curled up in a chair in the corner; John suggested punching up a line in the penultimate verse, where the lady spurns her ‘new-wedded lord’ and his riches for the love of her gypsy, since that was the climax of the song.  Boff’s song was to be “Everyone Sang,” but we weren’t to hear it until the show.

I don’t know how late it was when I left, to make the walk back through darkened Fareham to my Roundabout Hotel home.  I left the group still singing, still sharing pints.  Their voices, their instruments followed me down to East Street, past the bakery, the orthodontist, the school.  The music was still in my spinning head when I lay down in my room on the top floor.

Postscript:  The next afternoon, after lunch and a pint in the ironically named village of Soberton, we walked into the Wickham Festival.  First into the tent, we walkers crowded the rail before the stage to watch and listen to the result of the work of the previous night.  Including Mr. Boff’s “Everyone Sang”–and everyone did.  Magic.