On Writing and Taxi Driving 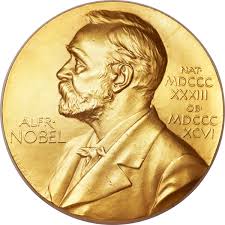 From The Guardian online:

“In an interview with French paper La Croix, [Nobel judge Horace] Engdahl said that the ‘professionalization’ of the job of the writer, via grants and financial support, was having a negative effect of literature.  ‘Even though I

understand the temptation, I think it cuts writers off from society, and creates and unhealthy link with institutions,’ he told La Croix.  ‘Previously, writers would work as taxi drivers, clerks, secretaries and waiters to make a living.  Samuel Beckett and many others lived like this.  It was hard–but they fed themselves, from a literary perspective.”’

I have never been a taxi driver.  Perhaps that’s my problem.  Then again, I have never had a grant or other financial support for my writing, either.  Does this mean I’ll never be a Nobel Prize winner?  Or that I will?  I’m so confused.

Perhaps, though, it should count in my favor that I have had two taxi drivers who have become enormous parts of my backstory:  my life, in the parts that matter.  One I met when I was a teenager in an ill-fated chambermaid job at the Eastland Motor Hotel in Portland; I knew Livingston for a grand total of three days.  The other, Frank Ireland, I knew for even less time:  a couple of hours he spent driving me on the scenic route between Wadebridge and Tintagel in North Cornwall, the first time I went to England on my own.  But those two taxi drivers gave me stories, and since I live my life in stories, time is immaterial.

I was 15 when I met Livingston.  I never knew his last 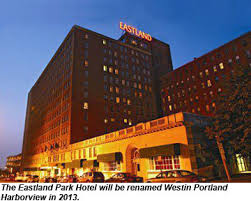 name.  He was from Jamaica, an immigrant who worked days as an electrician at the Eastland, and nights as a taxi driver, saving his money and sending it to his mother back home.  He might have been in his early twenties.  But in my white-bread world, he was foreign and exciting and interesting.  He and I worked on the same floors at the Eastland in the short time before I lost my job (I had to be 16, it turned out, to work in a hotel, even as a chambermaid).  I made beds and vacuumed and cleaned out ashtrays and emptied trash.  He did whatever the electricians did; but he also wired his boombox into the wall panels when he worked, and used the 16-story building as his personal antenna in order that he might listen to reggae stations broadcasting from New York.  I don’t know how he did it.  He tried to explain to me, but gave up after a while, because it was obvious I didn’t get it.  Never mind, let’s just dance.  And we did, in the hallway when I’d done one room and was moving on to the next in the 16 each maid had to tend to each day.  He explained to me how he drove his cab at night, up and down between Commercial Street by the harbor and Back Bay on the other side of the city, listening to his reggae, leaning against the door, his long right leg stretched out on the seat beside him, his left foot on the pedals.  When did he sleep?  Who knew?  I just knew when he danced.  Terrible dancer, you.  He would shake his head, grasp my wrist.  Like this.  This.  I was a grave disappointment to him.  I take you to Kingston.  We teach you there.  But instead, I got my walking papers, and I never saw him again.

Frank, on the other hand, was a lifesaver.  I had

Not this one. The one to the left.

come into the station at Bodmin Parkway to find that, Sunday, no buses were running.  With another couple, I hitched a ride into Wadebridge.  There, desperate to find a ride to Tintagel, I finally got hold of Frank at ADA Cabs from a public call box on The Platt.  He said he wasn’t planning to work that day, but he’d come for me at 4.  In the meantime, did I see that pub across the way?  Don’t go to that one.  Go to the one beside it.  It’s better.  I had my first pint of Cornish Cream at the next pub over, sitting at a picnic table in the side garden, reading a book, until 4.  When Frank finally came, in his black and white cab, he asked if I wanted to sit in front or back (I chose front); then he asked if I needed to get to Tintagel immediately, or if I wanted to take the scenic route–Same price!–and you know what I chose.  We spent hours driving

about the North Cornwall countryside, and I got lessons about Delabole slate; about tin mining; about how once there have been pigs, there’ll be nettles, and there’s nothing you can do to get rid of them.  He showed me the beach I’d want to go to.  He told me which pubs in which villages were the good ones.  He was appalled that, where I live, there’s no place social like the pubs:  what do you do of an evening when you just want to walk out for a pint?  He called me “love,” which is apparently a very common and colloquial endearment west of Taunton.  He told me next time I came, I needed to rent a car on my own, because there was so much to do, so much to look at, so much to find out.  It was a great sadness to finally reach the Bosayne Guest House on Atlantic Street in Tintagel, to have to get out of the cab.  I have not seen Frank since, though I did, the following winter, send him four pounds sterling in a Christmas card, so he could walk out for a pint on me.  I still have the card he sent in return.

No, Mr. Engdahl, I’ve never been a taxi driver.  But I’ve been mildly in love with a pair of them for years.  And they’ve both fed me, in a literary sense.

A little beat up after 12 years, but here it is. Cheers, Frank!