On Diamonds on the Water

Oysterband fans have been waiting for this CD for a long time.  Some of us pre-ordered it months ago and have been waiting with anticipation for the February 17th release date:  some of us in the US were appalled to suddenly realize that February 17th was a postal holiday and we wouldn’t get it until the 18th!  However, it’s here.  It’s here!  And well worth waiting for.  It’s their first studio album–not counting Ragged Kingdom, their collaboration with June Tabor (2011)–in seven years.  And it’s magnificent.

All the things which make fans love the Oysters are here:  the brilliant vocals of John Jones, frequently meshing with other members’ harmonies (and on this effort, Rowan Godel’s counterpoints); the multiple personalities of Alan Prosser’s guitars; the sometimes sweet, sometimes fierce lyricism of Ian Telfer’s fiddle; and the supportive punctuation of Dil Davies’ drumming.  (For those of us still saddened by the moving on of Ray Cooper and his cello and bass, Adrian Oxaal appears to take up some of that slack, and long-time producer Al Scott finally gets his place in the sun with full recognition of his contributions).  In addition:  brass.  Noticeably, French horn, which adds a particular fullness to some songs.

It’s difficult to decide which of these 12 tracks stand out most.  On first listen, “Spirit of Dust” seemed to be the favorite.  The wanderlust of the refrain

Just say you will, I cannot say you must

for the angels left here long ago

and the spirit of dust just says

is reminiscent in a way of Meet You There‘s “Over the Water,” while the brilliant vocal twinings of John Jones and Rowan Godel–with the high tenor of Alan Prosser tying all together–harkens back to “Rise Above” from the album of the same name.  At the same time, Oysterband has taken these familiar ingredients and mixed them in a new way.

In their first collaborative recording with June Tabor, twenty-odd years ago, Oysterband incorporated brass into their rendition of “Dives and Lazarus”.  On two songs on this new CD, trumpet, euphonium and French horn make their presence felt.  The title track, “Diamonds on the Water,” features a masterful horn

mix which at times is counterpoint to the vocals, and at times in the refrain, swoops in to build major-chord harmony with those vocals.  The beauty of that build is indescribable:  and to a brass player (such as myself), it’s a gift geared to take the breath away.  On “Call You Friend,” a spirited and darkly humorous Prosser song, the rollicking guitars give way to a mellow and full French horn in the bridge–and that in turn gives way to more of those wonderful vocal harmonies.

“Steal Away” is a lovely layered construction, slow and sweet and full.  The lyrics and John Jones’s voice are perfect complements to each other; he is at his best when he can stretch those slow vocal lines.

Let the stars be your friend 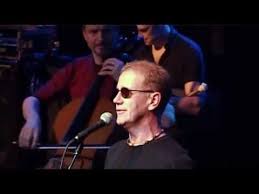 Through this lonely time and season

But the dark never ends.

It is at the chorus, though, where this song reaches its full effect. And it’s with its layers and layers of vocals that the song sweeps to a breathtaking end.

With each listen, this CD shifts and changes, with new details striking the ear.  This morning the favorite is “Palace of Memory,” another rollicking piece, with strangely dark lyrics:

Beneath the green grass the stone

Beneath the pretty flesh the bone

In the palace of memory

You lie, you lie alone

Always, Oysterband lyrics have a way of making the listener take a second look at things…but frequently, the music is what pulls people in first.  Here, as in the rest of this CD, Oysterband always surprises, and never disappoints.

There are far too many good things on this CD to mention them all.  The only advice I can really give is buy it and listen.  Over and over.  I’ve written this before, and probably will again:  this music is important.  This band is important.

I first heard “No Ordinary Girl” at the

Nettlebed Folk Club two summers ago, done by John Jones and the Reluctant Ramblers after the first day of the White Horses Walk.  Somewhere between then and now, the song has been (or so I have been told) “Telferized.”  On Diamonds on the Water, it is a song I both recognized–and didn’t quite.

This girl is going to see Oysterband at the Wickham Music Festival in August!  I cannot wait to hear songs from this album live.

For more adventures with Oysterband, see

“On Oysterband at the Algonquin Theater”

“On Oysterband at Ferneham Hall”

“Off to Cape Breton for Oysterband”