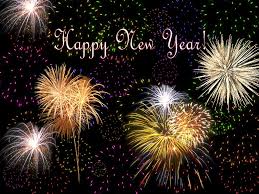 It’s cold.  Really cold.  Polar vortexes taking over and everything.  Pipes freezing.  Cars not starting.  Wind chills in the -30s.  And two and a half months until spring.  It’s hard to read, let alone write.  Still, there are cold poems out there for the harvesting, and I’ve been delivering them to the students.  Winter happens every year, after all, and we get through it as best we can.

January 7, Tuesday: “This Inwardness, This Ice” by Christian Wiman

January 8, Wednesday:  “I Looked Up” by Mary Oliver

January 10, Friday: “The Snow Gets It” by Richard Price

January 14, Tuesday: “To the Quarry and Back” by Katia Kapovich

January 15, Wednesday: “History Lesson” by Natasha Trethewey (because twice yesterday people asked what a poet laureate was, so here’s a poem by the U.S. Poet Laureate)

January 16, Thursday: “Fog” by Carl Sandburg (because this morning was incredibly foggy)

January 17, Friday: “In Winter in the Woods Alone” by Robert Frost (because this poem was suggested by friends from The Frost Place)

January 28, Tuesday: “‘Hope’ Is the Thing With Feathers” by Emily Dickinson

January 31, Friday: “Out on the Flats” by Leonard Nathan

And that’s January.  Here’s to hoping February will moderate some.  It’s been a long winter already, and we still have 48 days left to go.