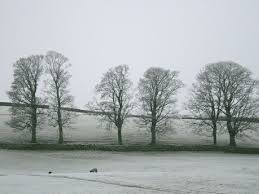 November is a blustery month, a month of bruisy skies and moaning winds.  A thousand years ago, when I was in sixth grade, in a classroom whose high windows looked over the gym roof at the empty gray skies, I remember the social studies teacher, Mr. York, saying how much he hated November, because it was the month between anything–it was the month of nothing.  I’ve alway remembered that, and known that he’s right, and at the same time, known that he’s wrong.  I feel such expectation in November.  For me, it’s the month of wanting.  I like November (and it might help that I’ve wanted two children into the world in this month–they were both due to be born in December, but that didn’t happen).  Its mood suits me.

November 1, Friday: “November” by Thomas Hood (at the suggestion of the marvelous Jenny Doughty…the poem caused a boy in first period to tell me he’d lost the will to live)

November 4, Monday:  “Duck Blind” by Laban Carrick Hill (this one was for a boy in 3rd period who is always after hunting poems; ironically, he was absent from class)

November 5, Tuesday: “Keep Back the Dark” by Erica Jong 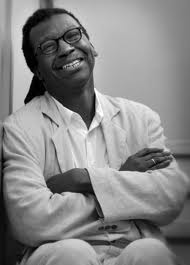 November 13, Wednesday: “Mushrooms” by Sylvia Plath (because a. This poem, in the Collected Poems, is dated November 13, 1959; b.  I once witnessed my younger sister winning a speaking contest by reciting this one; and c.  Antonio from period 3 and I were discussing mushrooms taking over the world.)

November 14, Thursday: “Image on Ice” by Michael Macklin (from the issue of The Café Review dedicated to Michael)

November 19, Tuesday: “Crows in a Strong Wind” by Cornelius Eady 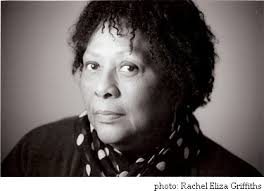 November 25, Monday: “Kind Thoughts” by Rosemary Starace (because it’s my daughters’ birthday, and I always read this beautiful poem for their birthday)