The days grow shorter, the nights grow longer.  The air grows colder, and I abandon my sandals for socks and shoes.  The boys in my classes are thinking about hunting–some of the girls are, too.  From the windows of my classroom, I can see the leaves turn on the old maples between the school and Main Road; then I see those leaves fall, and the branches wave melancholy skeletal arms at the gun-metal sky.  The kids begin to complain about how cold it is in the building; then, once the heat is turned on, they complain about how hot it is.  No one is happy.  Everyone is edgy.  Change does that to people.  Yet, here, in the fourth year of this poetry experiment, the poems appear every day:  they are our classroom culture now.  I cannot imagine beginning a class without one.  The kids can’t either.  Poetry for the win!

October 2, Wednesday: “Traveling through the Dark” by William Stafford 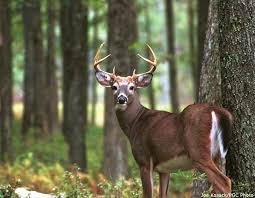 October 31, Thursday: “Spirits of the Dead” by Edgar Allan Poe (because one MUST read Poe on Halloween.  One MUST.)

The month ends, dark and windy and cold.  We go into November, which has to be the most atmospheric of months. If anyone has any atmospheric poems–or favorites of any kind–send them along.  I welcome them.

The kids still think only dead people have written good poems.  Frost and Poe lead the pack of favorites.  Appropriate, I guess, in this month of Halloween.