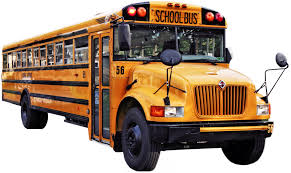 Of course, the school year actually started in August–doesn’t it always?  So there’s a bonus poem.  I faced the usual resistance among some of the kids who have never been in my class before:  do we have to listen to every poem?  Yes, I told them–every blasted one.  That pretty much answers that question, came the reply. Yes.  You have to listen.  Hwæt, to quote the Beowulf Poet.  Get used to it.  Learn to like it.  Learn to love it.  At the very least, resistant young people, learn to expect it.  Because I’m going to feed you poetry every day.  It’s good for you.  As sunlight is.  As rain is.  As oxygen is.

August 30, Friday:  “What We Are Here For” by Michael Macklin (from the dedicated summer issue of The Café Review)

September 3, Tuesday: “Blackberry Picking” by Seamus Heaney (because his death is incredibly sad…so glad I got to see him at AWP last March!)

September 6, Friday: “Nothing Gold Can Stay” by Robert Frost (because I’ve been getting Frost requests from students this week; and one boy recognized this poem from watching The Outsiders!)

September 9, Monday: “The School Bus” by Christian Barter (no matter how many times I read this, I love it)

September 12, Thursday: “A Thunderstorm” by Emily Dickinson (because they started here at 7:30 a.m.)

September 13, Friday:  “Ode to Barbecue” by Barbara Hamby (because I wanted to rollick the way into the weekend!)

September 17, Tuesday:  “English Flavors” by Laure-Anne Bosselaar (because it’s about time for this one!)

September 20, Friday: “Name of Horses” by Donald Hall (because it’s his birthday…and the poem made two girls in 7th period cry.)

September 27, Friday: “A Drop Fell on the Apple Tree” by Emily Dickinson

September 30, Monday:  “For the Night” by Jane Kenyon

And thus begins the year.  As always, if anyone has any suggestions, please send them my way.  I have an outstanding request for hunting poems, by the way–so if anyone knows any of quality, I’d especially like them for some of my boys.  Thanks for reading.