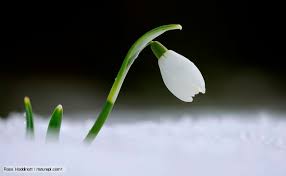 April is the cruelest month, and the coolest.  April is, of course, celebrated as National Poetry Month.  In April, just like Chaucer’s pilgrims, I always feel restless when the snow recedes and the flowers begin teasing, when the birds come back, when the mud oozes forth.    In the poetic realm, I am not, by far, the only one.  So many poems to choose from for April and for spring!  And finally, on April 30, with temperatures reaching toward the 70’s, and the sun high enough in the sky to warm things…finally, finally…it really is spring, isn’t it?

April 4, Thursday:  “Afraid So” by Jeanne Marie Beaumont (because the Wom-Po listserve has been discussing poems made up of questions)

April 5, Friday: “Dear One Absent This Long While” by Lisa Olstein (I’ve had a sad couple of weeks, and this piece has an incredibly sad beauty to it…I’m glad to have come across it.)

April 8, Monday: “It will be summer–eventually” by Emily Dickinson

April 23, Tuesday: Sonnet 18 by William Shakespeare (because it’s his birthday and we’re celebrating!)

April 25, Thursday: “What to Do” by Hayden Carruth

April 30, Tuesday: “Over the Land is April” by Rober Louis Stevenson

What a beautiful day to end with!  Sunny, deep blue sky, buds the maples outside my classroom window, temperatures climbing toward the 70’s.  The kind of day that brings a person hope.