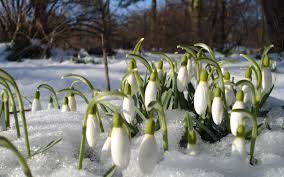 March is the most difficult month in school:  everyone is exhausted.  Perhaps it’s because it’s winter’s last hurrah?  However, it’s also, fortunately, the month when spring fights its way in, so there’s something to look forward to.  Ah, and the advent of Daylight Savings Time, when it is lighter later in the afternoon.  My list this month is, for the most part, hopeful, or at least leaning toward longer days, warmer temperatures, and perhaps even flowers.  It’s how I keep the fire alive.

The poems by Christian Barter mid-month come from his new book, In Someone Else’s House, which he was kind enough to sign for me at AWP in Boston.  The kids in first period selected “Heisenberg” primarily because they were amused (bemused?) at the intersection of poetry and science.  Let them be!

March 1, Friday:  “A Birthday” by Christina Rosetti (because tomorrow is my son’s 17th)

March 4, Monday:  “Report from the West” by Tom Hennen

March 7, Thursday: “The Notice that is called the Spring” by Emily Dickinson

March 20, Wednesday:  what?  ANOTHER snow day?  And on the first day of spring?  Pfffft.

March 22, Friday: “A Light exists in Spring” by Emily Dickinson

March 26, Tuesday:  “The Sound of Trees” by Robert Frost (because it’s his birthday!)

March 27, Wednesday: “Everything is Going to Be All Right” by Derek Mahon (with thanks to Annie Deppe for the suggestion)

At the end of the month I received in the mail a lovely card from the poet Ellen Rachlin, thanking me for sharing her poem “Night Swim” last May.  How wonderful!  This is the contact I long for, that between people who share the love of the word.  (Also, it’s good that I put up a new mailbox that week, just in time, to replace the one hit by the snowplow…) 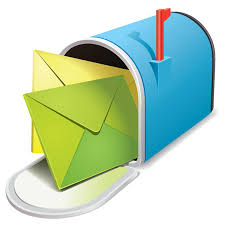