Sometimes an amazing thing happens.  You are plugging away, sharing the news article of the week, as chosen by the librarian, with your classes:  it happens to be about a fire in a Bangladeshi garment factory, and a boy says, “That reminds me of the Triangle Shirtwaist Factory!”…So you dig out your age-old copy of Fragments from the Fire, and read the kids a poem about that.  Suddenly a kid says, “Hey, that’s cool that somebody can write in a dead girl’s voice about something a hundred years old that’s history that really happened and that’s still happening today!”  Then you, a struggling and sometimes disillusioned teacher, start seeing dots connect…and it’s okay. It is cool.  That’s what reading poems every day brings to me when I pay attention.  I hope it brings the same thing to the kids.  I’ve got my fingers crossed.

December 3, Monday:  “In the Fog” by Giovanni Pascoli (because it sure was foggy this morning!)

December 4, Tuesday: “I Am Appalled” by Chris Llewellyn (from Fragments from the Fire, because we fell into a discussion of the Triangle Shirtwaist fire yesterday)

December 6, Thursday: “In the Reading Room” by David Ferry

December 7, Friday: “One Perfect Rose” by Dorothoy Parker (because you know what?  I’m feeling a bit snarky today myself!)

December 11, Tuesday:  “Snow Flakes” by Emily Dickinson (the poem I had intended for yesterday, her birthday, which was somewhat ironically snowed out)

December 14, Friday:  “Fire and Ice” by Robert Frost (though a girl in 7th period thought we ought to have saved this for the Mayan apocalypse on the 21st) 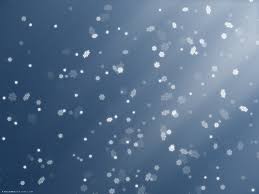 I am a mother; I am a teacher.  The December 14th school shooting in Sandy Hook brought me to the edge of despair.  It angered my students, and on a much deeper level, terrified them; it did the same to my own children.  All I could say to them was that we need to take care of each other, and that I had to have faith that we could.

Be well.  Be safe.  Be kind to one another.  We owe this to the world.