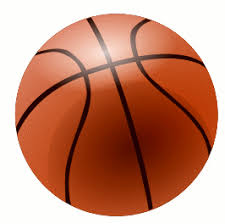 I had a dream the other night that I went to a pre-season high school basketball tournament, and couldn’t find my children anywhere.  Then, when I volunteered to keep the scorebook, three high-school aged girls, identically dressed in jeans and black shirts, told me I wasn’t necessary.

It wasn’t until I later that I interpreted this as  “letting go” dream.  Once again my subconscious was kicking me in my sleeping head.

I wasn’t a basketball player when I was in school:  I didn’t make the team in junior high, and didn’t even try in high school.  I was always too inept.  I couldn’t dribble.  I couldn’t shoot.  I could pass, and I did, hurriedly, every time the ball came to me–which didn’t happen very often.  I could never figure out how to set a proper screen.  The people I had to defend?  They ran too fast; they got away. I quickly learned to keep the scorebook for any sport going, playing to my strengths:  if I couldn’t make the team as a player, I at least got to be part of it as the bookkeeper.

My two younger heathens, though, are both players, and have been

from the time they were small, when they played in the Etna-Dixmont Rec League.  Ben was the smallest kid on the team then; he remained the smallest kid on the team throughout his junior high years…but he was always the most fierce.  Rosalie was always one of the most solid girls on her team, and has always been a strong post player:  no shooter could get past her planted feet and upraised arms.  They have always been fun to watch.  They are very different players, as they are very different personalities:  Ben has always been instinctive, seeing the whole court at once and responding without thinking, while I could always see Rosalie thinking, thinking, thinking ahead (if she goes here, I’ll go there; if she does this, I’ll do this).

After the EDS girls’ team won the league championship last winter, Rosalie told me she wouldn’t be trying out for basketball as a freshman in high school.  It’s not my thing, she told me; she preferred  to go to driver’s ed as soon as she turned 15 in November.  Ben

played on the Nokomis freshman team, then as a sophomore, he played JV.  This season, he decided not to try out at all.

I admit, I was heartbroken.  I don’t watch professional basketball.  I don’t watch college basketball.  The only basketball I got into was the kind my kids played.  They were so fun to watch! Their games saved my winter for many a year–oh, how I hate winter–by giving me something I had to attend to nearly every day from November to February; without their basketball practices and games, I probably would have crawled under the covers from the time the sun set and hibernated (can we say SAD, anyone?).  The kids’ basketball forced me to have a social life when I most needed one.  I kept scorebooks for their teams during their years in Rec; I kept on, for Rosalie, when she was in junior high.  I watched them, I cheered for them, I thought they were the most marvelous.  I was at a loss now:  no basketball players?  No basketball?

It’s a letting-go dream.  I know this.  It’s telling me that most of the sadness I’m feeling at their no longer choosing to play, most of the loss–is about me.  I’m sad for me.  They are not sad.  The pair of them have made choices–Ben came home last night and informed me of his decision to go out for the bowling team (bowling?)–and have their reasons for them.  They are in high school.  They are teenagers.  They know what they want to do with their time and energy, and if basketball isn’t it, then who am I to fuss about it?  It’s just strangely difficult, I find suddenly–and repeatedly–to be the parent of kids who aren’t really kids anymore.

Never mind.  Here’s a poem I wrote for my heathen when he was much younger.

To My Son, Playing Rec Basketball

your hands fisted for protection, your chin

jutting out at his waistline. For a moment

he must think he’s swatting a mosquito,

some pesky little critter, until you fall,

and the ref whistles the offensive foul.

How fast you run, my son, all arms and legs

as thin as twigs, your hair buzzed close,

ears sticking out like the wings of some small bird.

How joyfully you laugh, your successful feint

enabling two points: you, a boy whose head

your teammates rub for luck, who plays as though

every minute were the last, as though you see

the same thing I see, through the pentimento of time:

surrounded by the hushed voices

of nurses who, though more than kind,

promise nothing, not even a tomorrow.

Even as I watch you—point guard now—

evade your own defensive man to bank

a layup off the glass, I’m still blanketed

in layers of time: the way I held you,

ten years ago, ten minutes of every three hours

out of the incubator, as gingerly as one

holds a pale blue egg windblown from the nest,

fearful of the one unmindful move

that will crack the shell. Now you

cradle the ball at the foul line, eying

the hoop with a fierce scowl: three-point play.

You’d be embarrassed at my thoughts

if you knew them, impatient. It’s not

how tall you are, you’d correct me,

It’s how smart. And how fast.

Still, I hold my breath, watching

the basketball spin slowly as it arcs

away from your small hand.