What an odd month!  It started out as Octoberish as they come, but ended with a hurricane that brought the temperatures up into the unseasonable 60’s–along with enough rain to flood the cellar, and the C wing in our school building.  Here it is, Halloween, and I am surrounded by high-school-aged ghouls…and in addition to finding poems for them about ghosts and hauntings, I dug out a Dickinson which gave them high winds.

FYI–near the end of the month I adventured to Huntsville, Ontario to see Oysterband…so that week I hyped poems about music.  It worked for me, anyway.

I was once again helped in my selections this month by the inimitable Jenny Doughty–and I had the great honor, at last, to read a piece by her (about William Blake, a personal fascination for both of us).  For the first time in three years, the principal was present for the reading of one poem–so the cat’s out of the bag:  he knows.  This room is where we spread the word.  The poems are out there.  The kids and I are launching a new one into the air here at school every day.

October 2, Tuesday: “At the Town Dump,” by Jane Kenyon

October 17, Wednesday: no classes due to PSAT testing.  Grr.

October 29, Monday: “There came a wind like a bugle” by Emily Dickinson

Anyone have any awesome suggestions for November?  It’s the shortest month here, in terms of class days.  I’d love to start every November day with a bang, as it were. 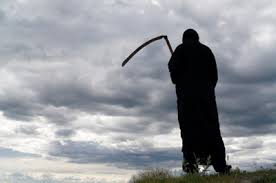