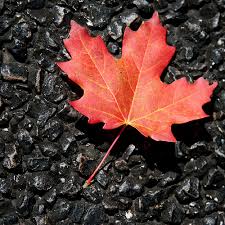 Not to mention two in August!

Back to school, and back to a poem a day to my classes.  How many times does one have to do something before it becomes a habit?  This will be the third year for me–the third year since I took this one simple idea away from the Frost Place Conference on Poetry and Teaching.  I am fortunate this year in that my new schedule provides for a first period class of AP juniors, people who are supposed to spend the year focussing on language and how it’s used as a tool for so many purposes.  At the same time, I have a group of seniors in third period who begin class by asking what’s the poem for today?–in the period just before they take off for the vocational school.  I’m developing a culture.  I like it.

By the way:  Dawn Potter’s poem “Boy Land,” which I saved for the last class day in September, has become a perennial favorite.  They loved it this year, too.

August 30, Thursday:  “Years from Now When You Are Weary” by Julia Kasdorf

August 31, Friday: “Ode to Barbecue” by Barbara Hamby (I so look forward to reading this every year)

September 5, Wednesday:  “Horses and Men in Rain” by Carl Sandburg (because there are the remains of Hurricane Isaac out there!)

September 6, Thursday:  “Hope is the Thing With Feathers” by Emily Dickinson

September 11, Tuesday: “For the Night” by Jane Kenyon 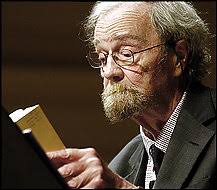 September 19, Wednesday: “Passing Through a Small Town” by David Shumate

September 20, Thursday: “The Things” by Donald Hall (because it’s his birthday!)

September 21, Friday: “These are the days when the birds come back” by Emily Dickinson

September 24, Monday:  “A Walk” by Rainer Maria Rilke (for my friends at the Kington Walking Festival this past weekend)

And there we are:  another round of a habit.  Any suggestions for next month?  Always looking!