I’m on a Trailways coach, zipping down I-95 from Portland to Logan Airport in Boston.  There’s not much room to use a computer here–the seats are too close together–but the bus is not crowded, there’s a powerpoint between the seats, and there’s WiFi.  Despite the slight space inconvenience, this is awesome.  The boy–perhaps early 20’s–across the way from me is German, on his way to Hamburg, and he’s wearing a three-piece suit with a purple tie.  The movie is Ghostbusters, which I haven’t seen for quadzillions of years, but I don’t really feel inclined to plug in, despite the attractions of Murray and Ackroyd and Ramis.  I’m too nervous, too excited.

I realized this morning that it was ten years ago today, on the second Tuesday in July, that I did this for the first time:  I took off for a solo adventure in the UK.

Last time, I took the Greyhound bus to Boston, which isn’t sensible, as Greyhound only goes as far as South Station; I then had to take the T to the airport shuttle to get to Gate E.  Still, after all those years of my father driving a Greyhound, I felt a certain loyalty.  I’ve since learned that Trailways will zip a person right to the doors of Gate E, without all the fuss of South Station–and South Station is always a fuss.  Of course, last time, I did end up with a character in the title poem from my chapbook The Beauty of It, an electrician I fell madly in love with because he was so kind to me when I was starting on an adventure and was terrified.

The Beauty of It

the hard-hatted man weaving his hands

through the elevator wiring in the grime

of South Station, plucking the strands

as though at the strings of a harp, or

at my own heartstrings, for that matter,

as he offers to lug my suitcase down

two flights of stairs to the subway platform.

I love this man. He must know it. As much,

perhaps, as I love the waiter twenty years

my junior, his black hair tumbling

over his black eyes as he pours Beaujolais

under the awning on Montmartre,

both of us looking forward to the intimate

moment when we link fingers and press

that secret coinage from palm to palm, skin

warm, tip cool. In some place

of longing beneath my walking from work

I know: they are out there, jewels

littering the path, men to make my blood

inside the prickly outer shell, they demand

the work of looking. Just as the poet,

after the dissolution of the master class,

when we slipped into the whiteness of a light

snow, leaned in the car window to kiss

my cheek as a snowflake might in its drifting.

(from The Beauty of It, published by Sheltering Pines Press, 2010)

This time, my son drove me to the station in Portland, then left me and drove off in my car.  That was a distinctly bizarre beginning to this adventure.  He’d better be good to my car, I told him, because he has to be back at the bus terminal next Wednesday night at 11 to pick me up.

I’d forgotten!  On the Trailways bus, they give you pretzels.  My dad used to tell stories about how, in the old days, Trailways had both drivers and hostesses on the buses–but the drivers and the hostesses kept running off together.  Nowadays, you just pick up your own pretzels and bottled water from a cart before you board the bus.  On Greyhound buses, now as always, you bring your own. 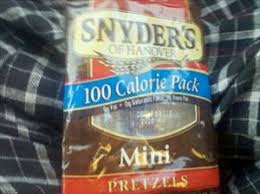