On a New School Year, and the Second September’s Poems

A hundred years ago, when I attended the Advanced Placement institute in St. Johnsbury, Vermont with two of my awesome teaching colleagues, the five-day workshop was presented by a man who talked quite a bit about poetry boot camp.  This was what he called the intensive however-long unit on poetry and analysis that he subjected his students to at the beginning of the school year.  Most of them didn’t like poetry, he told us.  Most of them?  Something tells me that after the unit, even fewer of them did.  To liken the reading of poetry to the training armed forces personnel have to go through, to break them down in order to turn them into cohesive fighting units, does a great disservice to the beautiful genre.  Just thinking about it is painful for me.  The very idea added impetus to my decision to continue the poetry experiment I began last year, where I began every class period by simply reading a poem to my students–and allowing them to talk about it or not, as they saw fit–before we continued into the day’s lessons.  Of course kids hate poetry in high school.  By the time they get here, it has been dissected like some fetal pig and left in a pool of formaldehyde on the floor:  there’s not even any blood left to indicate that it was ever even a living thing.  Obviously, Billy Collins felt the same way–so I chose his “Introduction to Poetry” to begin our year.  Rubber hoses, anyone?

September 6th, Tuesday: Barbara Hamby, “Ode to Barbecue”  (To which a girl in first period said, “Now that’s my kind of poem!”)

September 7th, Wednesday: Alice Persons, “Police Notes”  (To which the same girl said, “Is that really a poem?”)

September 16th, Friday: Alice Persons, “Why I Have a Crush on You, UPS Man”

September 19th, Monday: Christian Barter, “The Singers I Prefer”  (“Hey,” said one boy, “he mentions Bangor, Maine in that one!”  Yes, sometimes poets go to the same places we do, kids.  How’s that for awesome?)

September 20th, Tuesday: Tim Seibles, “Matrix”  (They all got the movie reference, but were a bit weirded out anyway…) 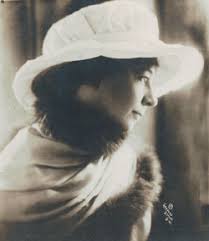 September 29th, Thursday: Sara Teasdale, “Let It Be Forgotten” (for summer, and for the Red Sox choking last night)

As always, all recommendations gratefully accepted…I’ve got some favorites, but I’m always open to finding new favorites, if you know what I mean.