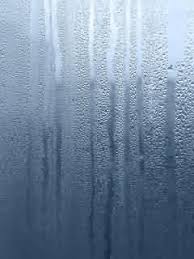 This is not a complaint about rain.  In fact, I woke up today to a reminder about its importance from a friend who put up a link to “The Garden Song” on her Facebook page.  Of course, that’s a song that has been recorded by nearly everyone in the universe, but I’d like to remind people that its composer and first performer is Dave Mallett, a singer-songwriter-native son who hails from Dover-Foxcroft, about forty miles further along on Moosehead Trail, the road on which I live.  It’s a sweet song, as is attested by the fact that it gets around the world (Astrid is German and lives in Ireland) in the playlists of so many artists, including Peter Seger and Peter, Paul & Mary; but David’s is still the best to me:

I have been painting the exterior of my house all summer, and am halfway done.  Obviously, though, I have not been able to get out there for the past few days.  Instead, I’ve watched my neighbor Fred’s garden growing, outside my kitchen window (I can’t really watch mine, as all I managed to get in this year were the potatoes–but that’s

Green-tinged heathens at the lobster races

another story for another time).  I’ve also watched my grass grow, which means I’ll have to borrow my neighbor Nancy’s lawnmower again soon (mine’s still busted).  I’ve been thinking about camping in the rain, something the heathens and I have always managed well, as we have a tarp big enough to cover any campsite and make it look like we’re camping under a circus tent–one that casts an eerie green tinge over everything.  And I’ve been thinking of all those rain songs I grew up on:  Creedence Clearwater Revival, anyone?  “Who’ll Stop the Rain?”

What's with all the questions, guys?

Long as I remember, the rain’s been comin’ down.  Well, since yesterday, anyway.  Then there’s always  “Have You Ever Seen the Rain?” Actually, yes, I have.

For some reason the rain this morning has me thinking of my mother, who had a certain liking for CCR.  She also had a certain liking for the film Singin’ in the Rain, and possibly a tiny crush on Gene Kelly (and who wouldn’t, I’d like to know?).  Which of course made me feel a bit nostalgic for both of them today…I don’t remember how many times I heard my mother sing snatches of this song, but I do remember how many times I watched this particular dance sequence with her:  three.  I’ve watched it countless times with the heathens, because it’s so perfect.  And everybody needs to have that in their cultural repertoire, I think,

With all that to think about, and with the prospect of much reading and writing to do, who would really mind the rain?  Who would need to stop it?  Though I do get a bit antsy, thinking about the rest of the house-painting.

I once overheard my mother, while sorting laundry, singing “Goober Peas.”  Not sure what that has to do with anything, but it hardly matters at this point.