On the Pimm’s Experiment 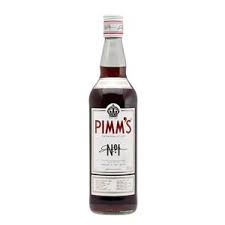 This weekend I am adventuring in Cambridge with Brenda Sparks Prescott and her husband Jim.  On the way down, I stopped into the New Hampshire liquor store on 95 south and bought a bottle of Pimm’s No. 1. 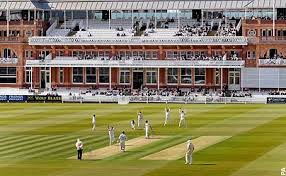 What a lovely place for a picnic!

I have never had Pimm’s.  However, I did have a letter from my friend Stephen in London on Monday, telling me that he was going to Lord’s Cricket Grounds for a picnic with a friend and a bottle of Pimm’s No. 1, and did we have that here?  A bit of research told me that I could find some at the bizarre liquor bazaar on the side of the NH highway (strangely, the NH liquor commission lists its entire inventory statewide on their website, something that its decentralized Maine counterpart would never be able to do), so I could take it to my favorite mixologist to see what she would suggest.  Not that I didn’t already have a plethora of suggestions:  my Aussie-Brit friend Lisa (who was appalled that I could buy a bottle for $15.99 when she has to pay £12) strongly advised drinking it with mint; while the Pimm’s website itself provides this recipe:

However, because I have such great faith in Brenda, I handed her the bottle and told her to go to town.  Instead, we went to the Mount Auburn Star Market and wandered the aisles, she thinking out loud, I pushing the cart along behind her.  In the end she chose a number of things I–and Lisa, and Pimm’s–had not thought of.  Then the real fun began.

Back in her kitchen, Brenda selected Tom Collins glasses.  Tall.  Elegant.  She filled them with ice, then began with the Pimm’s.  (I have to say, being a novice at all this, that I was surprised by the color:  Lisa had told me that it was primarily gin in there, but there’s caramel color added, the label informs us. Just like in Coca-Cola!   I was also surprised by the taste straight up:  a curious aftertaste of licorice.)  In the first experiment, she went with bruised mint, then lemonade (she likes Newman’s).  She finished off the drink by adding club soda  for the bubbles and a bit of bite, and a sliver of lemon for the fun.  I must say that experiment number one was a success:  we drank it with the Red Sox and various munchies, and even Jim, who had called Pimm’s  old people’s stuff and informed us that his parents used to drink it when he was a kid, seemed to like the concoction.  As for the Red Sox?  Who knows if they liked it.  They seemed sort of preoccupied.

Experiment number 2:  slightly different.  The Red Sox not living up to expectations (no 200th win for Tim Wakefield, no extending the hitting streak to 26 games for Dustin Pedroia), we returned to Brenda’s kitchen.  Again, the Collins glasses filled with ice.  Again, the bruised mint.  Again, the surprisingly (and possibly insidiously) Coke-colored Pimm’s.  Then the lemonade.  This time, rather than club soda, Brenda topped off with

ginger beer before adding the lemon wedge.  The lemonade, she explained to me later in her private Theory of Mixology seminar, was sweet enough so that there was no need for including a simple syrup.  However, after experiment number one, she had decided that the club soda was not strong enough to add the slight bitter taste she required:  thus the ginger beer, which added the mandatory bubbliness along with strength of character.  Our friendly guinea pig, Jim, seemed to find this version agreeable as well, but for some reason it made him more anxious about the budget crisis, and caused him to flip channels between the Red Sox and the news.

One of the most interesting things about this experiment, as Brenda noted once the Red Sox made the third out in the top of the ninth at Chicago, was in fact the insidious nature of Pimm’s No. 1.  With her recipes, the taste of it had nearly disappeared; one might easily forget, she said, that the drinks were in fact adult beverages.  This could be deceptive.  We could find ourselves in the sad position of being unable to go to a club with the ever-restless Jim to listen to Four Point Restraints, because at 9:30 on a Friday night we needed to put on our pajamas.  But on the upside, we would all sleep well.

Ironically, when I went to Thesaurus.com to look up another word for bartender, the site returned this message:

“No results found for bartender:
Did you mean bender?”
To which my magnificent friend replied:  No, you meant Brender.  Right.