My younger sister Jane was up from Virginia this past weekend, staying with my older sister Susan–a quick trip before she gets posted to Manila for two years (another story for another time).  The night before I was to go down to hang out, I got a series of messages:  bring the kayak.  Jane, it transpired, wanted to try the sport out.

I actually have two kayaks, both from Old Town Canoe.  One I bought through Uncle Henry’s, from a man who’d won it in a raffle and sold it to me at a bargain price; it’s an Otter, a nine-foot model that’s broad in the beam, and very stable:  a good starter kayak.  The second I got from a neighbor, used–again a good deal; this one’s a Loon 100, which is ten feet long and narrower, thus a bit

Mine is plain. Susie's are cooler.

faster.  (I actually need a third, so if anyone knows where I can get one cheap, be sure to let me know:  me + two heathens = we need another.)  Susie has two, as well–one for her, one for my niece Katie.  Thus Jane, Susie and I were sufficiently covered by watercraft.

Jane had never kayaked.  Susie suggested Runaround Pond in Durham, which is fairly shallow–Jane was a bit worried about tipping over, something that very rarely happens in calm water (unless you’re my son, who likes to dump the kayak, just so he can practice climbing back in once it’s righted).  One cool thing about Runaround Pond, though, as the map shows, is that it goes on forever, winding off into the woods; another cool thing about Runaround Pond is that there are very rarely any other kayakers there.  Sunday afternoon there were some people fishing, standing about on the rocks near the road, and one pair in a rowboat, but once we got a hundred yards or so out, we were away from everyone.  We had the pond to ourselves.

We paddled slowly, Jane getting the hang of steering after crashing into Susie and me a couple of times.  The air was thick and misty, the sky a solid gray.  Near the center of the long narrow pond, the way was clear,

but off to either side, where the banks climbed away steeply into the trees, the lily pads grew thick, the occasional yellow knob of a not-quite-opened flower lifting its head above the green.  Water bugs skated ahead of us, tacking from side to side.  Occasionally a bullfrog thunked in its deep voice from somewhere off toward the bank.  We reached the fork of the pond and took the left, though for no real reason other than we drifted in that direction when we lifted the paddles and let them drip on either side of the kayaks.  At one point I glided toward the shore, trying to make out a subtle movement: it turned out to be an entire family of ducks, no longer babies, but still staying close to their parents; but they were so dappled and brown that they blended easily into the undergrowth.

Jane asked how we learned to kayak.  Susie, being the kind of person she is, had a friend teach her, over to the L. L. Bean water school.  I, however, learned through trial and error–mostly error.  When I got my first one, I just took it over to Plymouth Pond and tossed it in.  There’s a graceful way to get into a kayak, by straddling it and lowering yourself in; I’ve never been graceful, and even now I don’t look good trying to get into that shell.  However, at least now I don’t tip over even before setting out, and that’s a good thing.  Now, when Susie paddles, she is smooth, and she somehow manages not to get wet.  No matter how I position my drip rings on the paddle, I’m always soaked when I’m done kayaking.  But…since I’m doing it in the warm weather, how much does it really matter?  As far as I’m concerned, it’s all part of the deal.

(I should point out here that Susie even is properly equipped for transporting her kayaks:  she has a pair of Thule rooftop kayak cradles.  As for me–again, trial and error.  I have a multitude of bungee cords, and I just toss that baby on the roof of the car and tie her down.  Haven’t lost it yet, driving down the road!)

Since Susie and I live two hours apart, most of my kayaking is done solo.  So far my favorite lake around here to explore is Sebasticook, over in Newport.  I can put the kayak in at the public boat landing over by the old armory, or–what I really like–I can put it in over next to Durham Bridge, where it’s more wooded.  I have gone up the eastern shore more times than I can count, occasionally bringing a lunch and a beer, running up ashore on a little island with a sandy beach; that place is usually always deserted, though a fire ring and occasional empty bottles hint at other visitors.  In fact, one afternoon, I ran the kayak right up on the beach, only to find, when I stepped out, a five-dollar bill in the sand.  Good deal!  Strangely, it only happened that once.

Sunday afternoon, Jane never asked why Susie and I had come to kayaking, though I could have told her easily.  My story and I’m sticking to it:  one evening just before sunset, I was driving across the causeway at Plymouth Pond.  I looked out over the water and saw a woman in her kayak.  She had shipped her paddle, and was leaning back, just drifting out there in the pond, reading a book.  That’s when I knew:  I want that.  I went home and immediately looked up the offerings at Old Town Canoe, which were way beyond my reach monetarily.  Still, in their comment form, I described what I had seen at Plymouth Pond, and how that had affected me.  The next day I received an email from a sales rep:  Come get one!  It took a while for me to find the cheap one in Uncle Henry’s, but in the meantime, I did what I always do:  I planned for it in my fantasy life, and went out to buy a $3 waterproof watch at Wal-Mart.  For a year or so, I didn’t have a kayak, but I had the waterproof watch.  Now I have two kayaks.  And a waterproof watch.

The problem with kayaking is that, no matter how far you go, you always 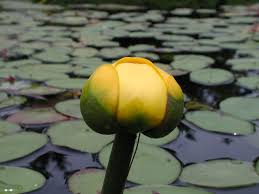 have to go twice that distance.  I’m used to the constant arm and shoulder movement which powers the paddles, but Jane wasn’t.  Maybe we paddled a mile from the cars.  But then we turned and came back through the mist.  Jane’s last comment was, “Now I’m going to have arms like Michelle Obama.”  I don’t know if the first lady kayaks, but I think Jane might be onto something.